A History of Excellence

Colite is proud of the work we have accomplished. Here, you’ll be able to dive deeper into our projects and gain a better understanding of our experience in the different markets that we work. Be sure to check back periodically as we will be adding more case studies to our different segments which can be filtered below. 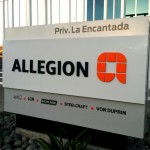 When Allegion announced its split from Ingersoll Rand in 2013, they went in search of a full service signage provider to manage, fabricate and install signage on a global scale. They found our global network could handle all their sites, from Carmel, Indiana to Belgium, Shanghai and Dublin. 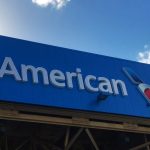 Evolution of an American icon.

Operating an average of nearly 6,700 flights per day to more than 330 destinations in 54 countries, American Airlines has become the largest airline in the world. Upon their merger with US Airways in 2013, American Airlines underwent a massive rebrand which included the redesign of their iconic logo which hadn’t been changed since the 1960s. Colite was chosen to work with Futurebrand (American’s rebranding and design company) to produce multiple rounds of prototypes for their new logo. Following prototype approval, we were chosen to be a primary signage provider. To date we have fabricated and installed signage for 127 terminals, 86 cargo sites, and 15 hangars spanning 20 countries.

From the beginning, this was a unique and special project because this was one of the world’s most iconic “American” brands of our time. Adding to the excitement were the challenges of the expansiveness of the project, not only in terms of the number of locations, but also by the variation of sign types. Signs ranged from extremely large lettersets (in some cases over 30 feet tall) to their specialized digital “Precision Cloud” print seen in their terminals. 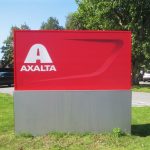 A prototype for success.

Axalta Coating Systems, a global leader in liquid and powder coatings, chose us to handle their global re-branding, including 2,000 signs on 70 sites in 40 countries. The program’s success was enhanced by the prototypes we created, working through many versions to achieve the perfect convex letter “A”. 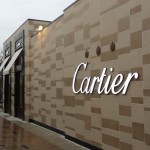 A Long Line of Luxury

Noted as the jeweler to kings and king of jewelers, Cartier’s rich history dates back to 1847 and is one of the two most prestigious jewelry brands in the world. Originally founded in Paris, France, Cartier now has stores throughout the world on six continents. 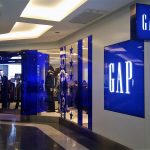 Bridging a global gap for an All-American brand.

As Gap’s popularity in China grew, so did their need for quality control and consistency in their signage. Due to cultural sensitivities in Hong Kong, they also needed a new design to replace the Gap blue in that city’s stores. We managed the project from Shanghai, kept designers and architects in the loop with constant communication, implemented rigorous quality control processes and developed a new standardized sign family including a new prototype for Hong Kong. 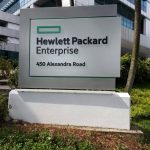 With offices in more than 45 countries and a fast-paced spin-off program, Hewlett Packard Enterprise required a signage and service vendor with the experience, knowledge, and global capability to centrally manage their sign program within their rigid time-frame. The 50+ site program was completed within an extremely tight 4-month timeline, including a Day One reveal for specific sites located in Asia and Latin America. 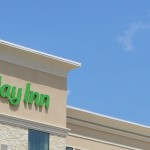 Relax, your signage is turnkey.

With more than 3,400 hotels across the globe, Holiday Inn is one of the world’s largest hotel chains. In 2007 they began the process of rebranding, changing the iconic look they’d had for more than 55 years. The world’s innkeeper came to us for a streamlined process for their signage program. 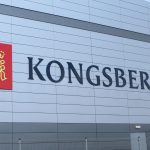 Kongsberg Maritime is a Norwegian technology enterprise delivering systems for positioning, surveying, navigation and automation to merchant vessels and offshore installations. In 2018, Kongsberg Maritime announced their intent to acquire Rolls Royce Maritime and by early 2019 had merged the two companies under the Kongsberg name, spanning 40 countries. 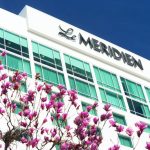 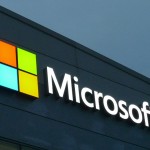 In 2012 Microsoft introduced a simpler, more modern version of its “windows” logo, giving us an opportunity to showcase our skill in project management. This global rebrand of one of the world’s largest corporations has seen us handling multiple layers of management, bureaucracy, planning and coordination with professional ease and the utmost confidentiality in a project that is still ongoing. 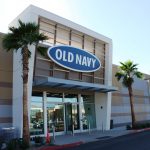 Introducing Old Navy to a new market with tailor-made signage.

Colite’s success with Gap’s retail stores in China led to our work with their Old Navy brand in four stores stateside and ten in China. We designed, prototyped, fabricated and installed up to 15 interior signs per store. We tackled varying site conditions, tight timelines and zero hour on-site adjustments to help Old Navy make a strong, successful debut in this new market. 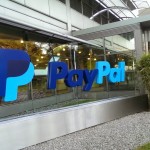 Introducing a new look for an old pal

When PayPal, the world’s leading digital payment company, changed their logo, it was our job to help introduce it internationally, through newly branded signage for 35 sites in 23 countries. Our corporate project management team worked with many companies including global real estate management company, Jones Lang LaSalle, to successfully implement PayPal’s newly branded signage. Our collaboration paid off, delivering a consistent, high quality brand implementation that gave the new logo a strong start. 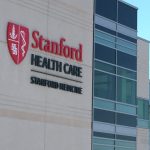 While under construction, the new state-of-the-art Stanford Cancer Center South Bay contracted us to begin working with their designers and architects for signage throughout the 70,000 square foot campus which included more than 100 signs. Communication between all parties was the key to successful completion with a tight deadline of five months to finalize the more complex exterior illuminated signage from drawings to installation. 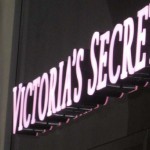 Perfection is our Signature.

When creating signage for one of the world’s most powerful brands in beauty, every detail must be perfect. When Victoria’s Secret expanded into airports and malls worldwide, we created perfectly color matched, seamlessly mounted signage through our Signature LED illuminated lettersets. 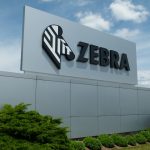 Two Giants of Tech are "Better Together"

Zebra Technologies, manufacturer of marking, tracking, and printing technologies and products, acquired Motorola Solutions to converge two like-minded organizations to become the market leader in enterprise asset intelligence. With a focus on quality, innovation, and flexibility, Zebra wanted their new logo to represent these qualities, as well as, the convergence of old and new. Zebra’s footprint includes locations in over 26 countries and with the acquisition of Motorola is expected to continually expand globally.